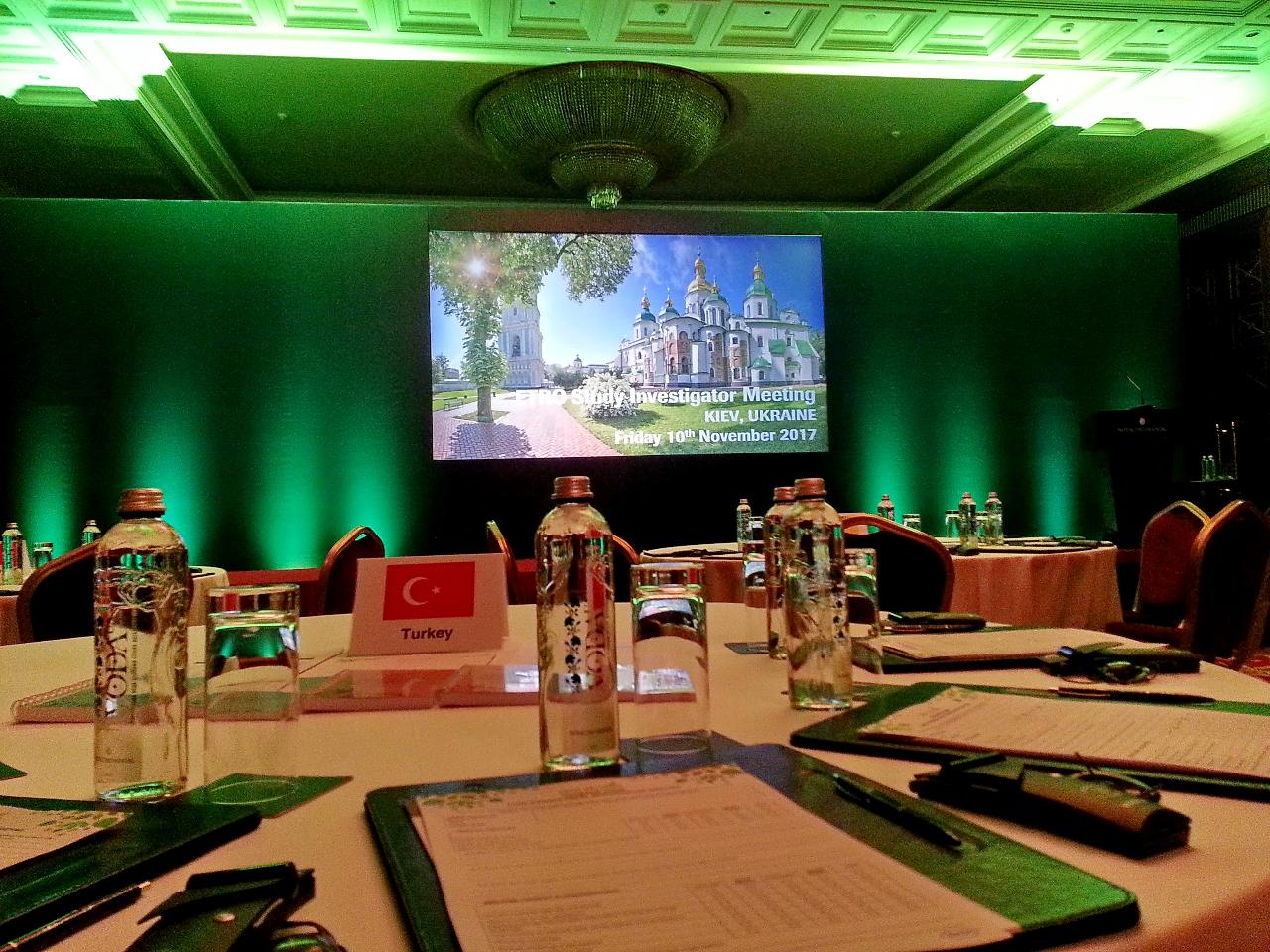 The participants were provided with simultaneous interpretation receivers Bosch Integrus. A confidence monitor for interpreters was installed in the AudiPack Silent 9300 interpreter booth. Barco SLM R12 + projector with short-throw lens was used to provide the image on the main screen. The projector was placed on the 2 m high podium from the back side of the wide-format 4 m wide rear projection screen. The screen was located in the center of the backdrop of the stage. To illuminate the backdrop of the scene, LED lights were used, which beautifully illuminated the backdrop and did not spoil the image on the screen. For the convenience of speakers, a monitor with a countdown timer was installed in front of the lectern. The image from the main screen was duplicated on the floor 55” monitor, as well as on the 23”monitor built into the lectern.   To control the DVI output of images from four notebooks was used a new multi-format video mixer Roland V1-HD   To connect the projector via DVI, a signal transmission line using 100 m fiber optic cable was used.   For reliable displaying all presentation slides were simultaneously switched on two laptops using a CUE SYSTEM Micro Cue2 presenter. 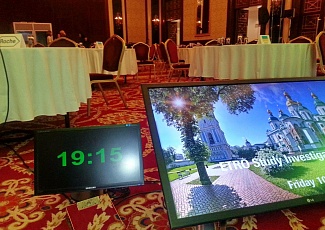 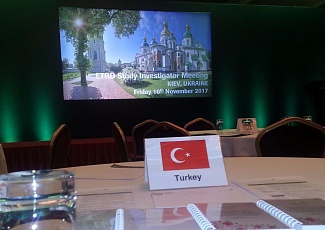